I expect most of you, if not all, saw this post on WhatsApp about how and why fake news spreads faster than real news. For those who didn’t here it is.

This is a ten plus year MIT study which comes up with many surprising findings one of which is: “A surprising twist in the study was that bots spread fake news at the same rate as true news, suggesting, “False news spreads more than the truth because humans, not robots, are more likely to spread it.”

Another report about this study is here:

What does fake news do?

It results in violence, hatred, death, destruction of property and disruption of lives. Perhaps one day, your own. Self-interest seems to be the only effective deterrent today in a world that seems to be free of any sense of community, responsibility, compassion or accountability. So be it. Think of yourself at the end of the fake news, if that is what it takes to prevent you from spreading fake news. All it takes is one click. All it takes to do the opposite is not to do that one click.

What must you do when you receive stuff that people ask you to forward? 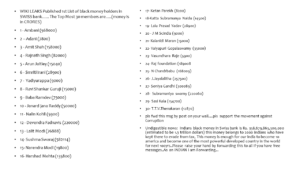 Then read the passionate appeal at the end and ask if the person writing this can do simple math. The US, at last count, was a $13 trillion economy. How then can $1.3 trillion, if brought back from Swiss banks, make India ten times bigger than the US? So, the real question is not whether the one who posted this nonsense knows math but whether, you, Mr/Mrs/Ms Forwarder, do?

Take another one about the construction of a mosque in a football stadium. Sounds like a nice cosy, cuddly story of love and mutual respect and would have been if it were true. Here is the story: 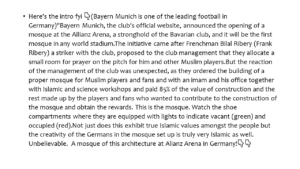 And here is my simple investigation:

The mosque mentioned is a Turkish mosque in Cologne, Germany and not in the Allianz area. This is the mosque: https://www.youtube.com/watch?v=6oIichi5CuU

No mention of any mosque on the official website of the club. See for yourself.