If you want to be successful, you must respect one rule: never lie to yourself.
~ Paulo Coelho
UP elections are over and the results are out. They are surprising for some of us who have become used to living our lives in slumber. But for those who had their eyes open, the result in UP was neither unexpected nor sudden. It is the result of 90 years of dedicated effort by countless people who will remain unknown but whose effort bore fruit beyond their dreams. We Muslims on the other hand, remained content with complaining and begging. The world changed but we remained stuck in a world that no longer exists. UP election result was (or should be) enough to wake us from the deepest slumber so that we learn to deal with the new world in which we find ourselves. Unless we do that, the results will be far worse than what we may imagine. 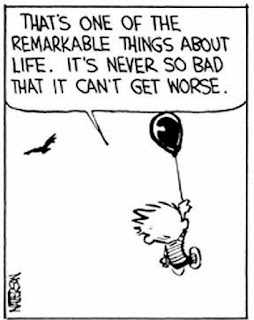 So, what must be done now that we are faced with this fait accompli?

The principles of resilience are three:

1. Face the brutal facts without mincing words or looking through rose tinted glasses
2. Identify critical aread of impact and work on them. Not everything is equally important
3. Make necessary changes, no matter how painful
This is the framework which I am going to try to follow.
The Brutal Facts
BJP won a landslide victory. All the analysts were wrong. More than being divided, the Muslim presence in politics and the way it was portrayed to others, resulted in the Hindu vote getting consolidated behind the BJP. Muslims have become the bogeyman of Indian politics and it appears that the mere presence of a Muslim candidate is enough to bring out the worst fantasies in the minds of others. That none of this is based on fact is not important. Rumors don’t need facts to thrive. I am not going to make a long list of all that is wrong with the situation of Muslims today. I think we have the intelligence to see that. I will suffice to say that if we don’t wake up and do what needs to be done, no matter how painful, we are going to enter an era of darkness that none of us has faced in living memory. Our fate is quite literally in our own hands.
The truth is not difficult to see but difficult to swallow.
~ Mirza Yawar Baig
Muslims must understand that their development and future in the country is not restricted to government largesse or elections. It is in our hands and depends on the overall sentiment about us as people, as neighbors, as fellow citizens. Today all this is at an all-time low. I don’t say that this is entirely our fault. A lot of it is the result of systematic propaganda against Islam and Muslims which our neighbors believed. However, our inward looking and exclusionist stances have facilitated the misunderstandings and stereotypes. When people don’t know you personally it is easy to believe the worst about you. This has happened to us and this must change.
Elections apart, we simply have to win the hearts of the person on the street, the person next door and the person sitting next to us at work. If we do that well, then the sentiment will protect us from those who seek to harm us. We need to be seen as beneficial for all people. Incidentally this is what Allahﷻ described us and our mission – selected for the benefit of people. We need to therefore redefine how we look at ourselves vis-à-vis others and decide what we need to do to change the negative image into a positive one.

“In order to change an existing paradigm, you do not struggle to try and change the problematic model. You create a new model and make the old one obsolete.”
~ R. Buckminster Fuller
All change is painful. Drastic change is even more painful. But the most painful is annihilation. That is what must be remembered when we want to complain about what I am about to propose. Annihilation, not literally but in every other way as productive, influential and important citizens of the country. We are facing a future where when the words of the Constitution are spoken, “We the people of India”, 200 million citizens will not be included in the term, ‘We the people.’ Once again, if that comes to pass, it will be with our active or tacit agreement. Nobody to blame but ourselves.

I believe that there are three areas we must address urgently.

The writing is on the wall. The choice is ours.

Carefully thought out and worded. The voice of a heart that is torn and bleeding. Excellent advice for an ummah desperately in need.

Most needed article of the hour. Very well written. Hope we implement it as well.