I started my career in Guyana, working as the Assistant Administrative Manager for GUYMINE’s Berbice Operations, in Kwakwani, in 1979. This was a little mining town in the middle of the Amazonian rain forest on the bank of the Berbice River. I spent five years there, living on my own, learning lessons of life about working across boundaries of race, culture and religion. With my love of the forest and wildlife, Guyana was heaven. But I knew that since all promotions at that time had a big political overtone, there was no way that I, a foreigner, would ever have a serious career in Guyana.

When I returned to India and joined the plantation industry, I was serious about making a career as a planter and about reaching the top of my company on the basis of merit and results. So, I put my heart and soul into the job. What helped also was that the surroundings were something that I loved. I started working in the Anamallai Hills, part of the Western Ghats as they tapered down all the way into the tip of the subcontinent. The area that contained the tea plantations was part of the bigger Indira Gandhi National Park. The park is home to an amazing variety of wildlife which thanks to the difficult terrain, plethora of leeches, and shortage of motorable roads is still safe from the depredations of ‘brave’ hunters in their Jeeps and searchlights. In the Anamallais if you want to hunt (it is illegal to shoot anything in the National Park, but there are those who are not bothered about what is legal and what is not) you must be prepared to walk in the forest, up and down some very steep hills, be bitten by leeches and have a very good chance at becoming history at the feet of an elephant.

However, if you are not interested in hunting and killing animals, you have all the same pleasures and risks without the benefit of some wild meat at the end of it. But that is how I was. I wanted to see and photograph animals, not kill them. I had hunted enough in my youth and had lost interest in killing things as my connection with nature strengthened. I was looking for an opportunity to just spend time in the environment that I loved. My job as an Assistant Manager in Sheikalmudi Estate, my first posting, gave me all that I could have wished for. 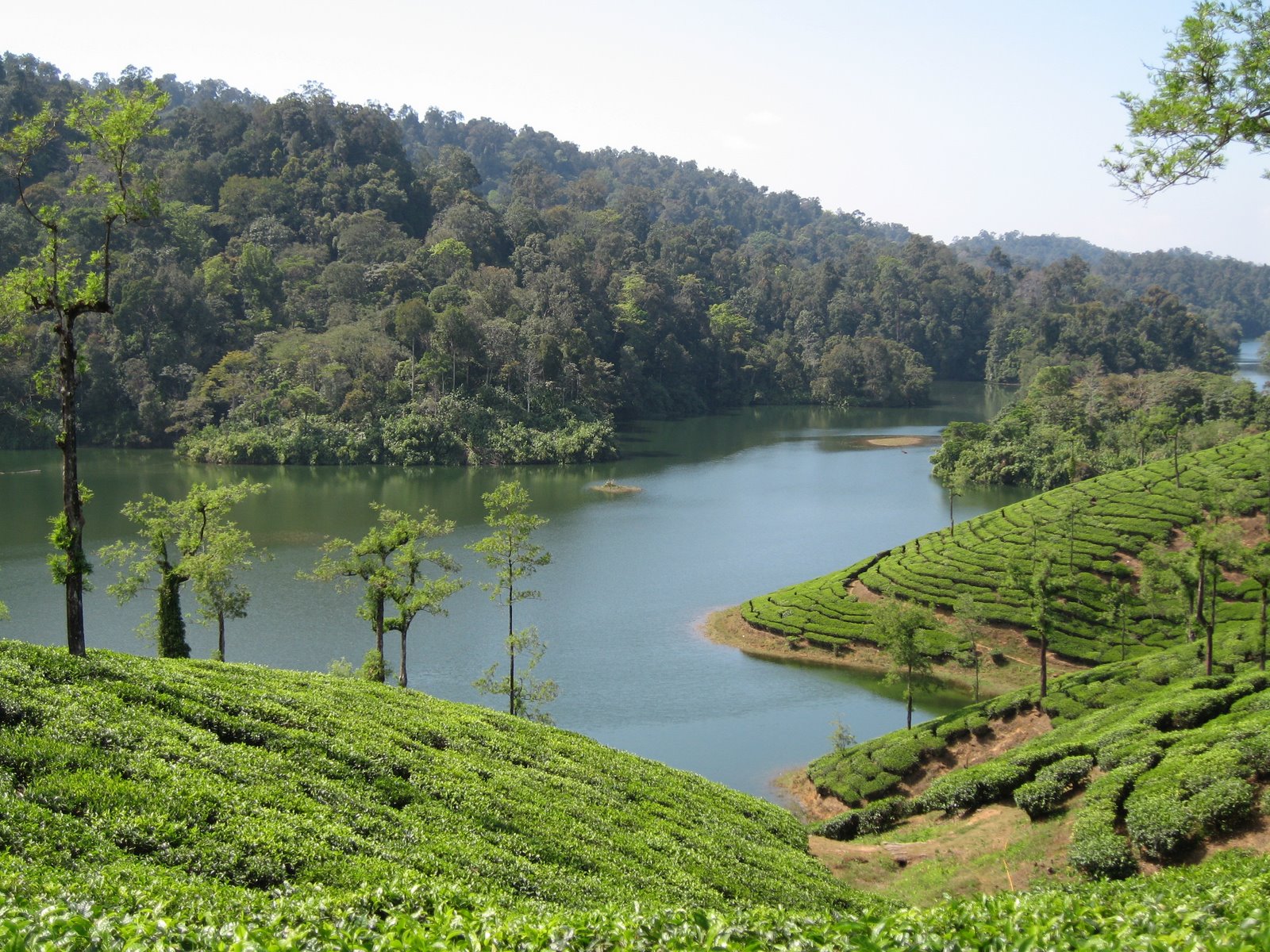 Sheikalmudi borders the Parambikulam forest. This extends from the shore of the Parambikulam Reservoir (created by damming the Parambikulam River) up the steep mountainside all the way to the top. Sheikalmudi is the crown on that mountain’s head, manicured tea planted after cutting the rain forest, more than a century ago by British colonial planters. Where the tea ends, starts the rain forest of the Western Ghats. Anamallais is the second rainiest place on the planet. In the early part of the century it used to get more than three hundred centimeters of rain annually and consequently it rained almost six months of the year. Even when I joined in 1983, we frequently saw spells of more than a week at a stretch, when it rained continuously day and night without any easing of the volume of water. I was horrified the first time I saw this. I was used to rain in Hyderabad, where we get about thirty centimeters annually. And to the rain in Guyana, where because of the Trade Winds which brought the rain, it rained on most days in the evenings for a little while and then cleared up.

Now here was rain and more rain and more rain. Walls of the bungalow would have mildew growing on them in damp patches. Small leaks would develop in the roof and their yield would be received in sundry pots and pans placed under them. This would create its own music. Little frogs would emerge from every crevice and would hop all around the house. In the night, they would find some resting place and add their voices to the night chorus of frogs and insects in the garden, that would rise and fall like an animal breathing. But sometimes the rain would be so heavy that all you could hear was the rain on the galvanized iron sheet roof. This sound would drown out every other sound. Within the first week of the beginning of the monsoon, all telephone lines would be down. Power supply would become extremely erratic. And more often than not, landslides would block roads. So being cut off from everyone for several days was a common phenomenon. When there came the occasional storm – every year we used to have at least two or three – all these problems would get magnified.

Candle light dinners with a roaring fire in the fireplace were the fringe benefit of this weather. That and in my case, a lot of chess by the fire. The year I got married, 1985, there was a storm in which twelve-hundred trees fell on my estate alone, taking down with them all power and telephone lines. There were two major landslides and we were cut off from the world for a total of fifteen days. It rained almost continuously for this period and my poor wife had a wet introduction to the new life ahead of her. But typical for us both, we enjoyed this time, playing chess by the fireside. She started by not knowing chess at all and I taught her the game. By the end of our enforced seclusion she was beating me. Now take it as her learning ability or the quality of my game but being rained-in has its benefits.

I always look for challenges. Anything that comes easy does not excite me. My learning that it is the extraordinary goal that inspires extraordinary effort is very personal to me. In the plantation industry I was constantly focused on setting new records. And over the years I was able to do this in all aspects of tea and rubber planting. I set the record in yield per hectare, in work tasks in various cultivation activities, and in the price of the manufactured product.

1983-86 were boom years for tea in South India. Anything that was produced would sell. The biggest buyers were the Russians who bought on the rupee trade agreements between the governments of both countries. Anything that could be manufactured in South India was bought by the Russians. Naturally, quality went out the window. Some people, including myself, were able to see the writing on the wall and tried to get manufacturers to focus on quality and to get out of the commodity market and instead create brand. That, however, meant investing in brand building and hard work in maintaining quality standards. Since people were making money, nobody was interested in listening to anything that meant more work or investment. Eventually, of course, the inevitable happened. USSR collapsed and so did their buying trend and it almost took the South Indian tea industry down with it. Some companies shut down. Others were more fortunate. But the whole industry faced some really hard times.

But then vision is to be able to see that which doesn’t exist. Anticipation is the key which is not difficult to achieve if you do some scenario planning.

For more please read my book, “It’s my Life”

Enjoyed everything, regret to be picky!…………It was not Russia collapsed, “U.S.S.R collapsed”

Yes Sir. You are right

I have read this beautiful piece. Inspiring.