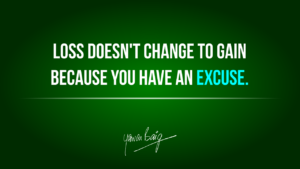 We have reached a stage in our development (if I dare to call it that) as human beings where our world seems to run on hatred, not love. I think we all know the many reasons for this and how the flames are fanned. I remind myself and you that all fire burns and the result is always ash. It doesn’t matter why the fire was set. If it was set, it will burn everything that lies in its path and turn it to ash. Is this what we want with our lives? Ashes? If not, I have a solution and here it is.

Many times we find ourselves stuck in a negative cycle, especially with respect to certain people; parents, spouses, parents in law, friends; where with great regularity we find ourselves miserable, angry or otherwise in pain. Every time this happens we tell ourselves, ‘Never again. I will never let that happen again.’ But lo and behold we find that the next time around, in the same entirely predictable way we are enacting the same script all over again.

I don’t know how many of you have seen the play, ‘The Mousetrap’; the longest running play in London. It has been running for several decades. Naturally many of the original actors have retired. Some have died. Many new actors have come into the roles. But you know something; very strangely, the ending is always the same. Now isn’t that strange??

‘Ha!! Ha!!’ you laugh. ‘How can you call it strange?’ you ask. ‘After all the script is the same. So how can the ending be different?’

‘Ha!! Ha!! Indeed’, I say to you. ‘Apply the same logic to your life Sir. Remind yourself that if you want a different ending, changing actors is no use. You must change the script. See?’

Cut to your real life’s negative cycles – many people change actors. They get divorces, marry again, change jobs, change friends, cut off relations with parents (they can’t change those can they?) and so on. And a couple of years into the new relationship they find that the same problems have resurfaced. And they are surprised. I always tell them to go and watch ‘The Mousetrap’. Not perhaps for the usual reason but to drive home the point that the problem is not with the actors but with the script.

So, what can you do?

Stop dead in your tracks

Remember that until you are in the cycle, it will move in the same direction it always did. So, get off. Stop in your tracks. Break the cycle. How? Tape your mouth. Say nothing. Leave the room. Pretend you are having a heart attack. Go to the toilet. Knock over the water – do anything but don’t say that thing which is on the tip of your tongue. DO NOT REACT.

Take back the control into your own hands

DO NOT REACT: Remember that when you are reacting you are merely demonstrating that you are a puppet on a string. You are moving in whichever direction the puppet master pulls the string. So, break the string. Let him pull it whichever way he wants to. Since it is not connected to you, it will not affect you. Remind yourself that NOBODY CAN MAKE YOU FEEL ANYTHING. People do whatever they want to. YOU DECIDE HOW TO REACT. Stop reacting. Instead RESPOND. What is the difference?

Responding is what you consciously choose to do. Reacting is what someone else makes you do. So instead of reacting, respond. What does that entail? Well, for one thing, it requires that you stop (refer to step 1 above) and think about what is happening. Then it requires that you think of what the best way is, to deal with it. Not what is the ‘natural way’ or the ‘instinctive way’ but ‘the best way’

Remember that what is instinctive or natural is not always what is best. Emotional maturity is to act deliberately and consciously. To do what may not be natural but is wise, useful and productive. To do that, you have to ask yourself another question, ‘What is the result that I want from this interaction?’ Then do that which will get you that result. Not what you are dying to do to score some cheap point. So, stopping in your tracks is essential. Remember, anger is natural. Controlling it is not.

Then do the opposite of what you normally do

There is a famous story of President Harry Truman (I think it is about him. Forgive me please if I’ve got the wrong president) who was locked in an argument with someone. It got to a point that when he was about to say something, the other man said, ‘Don’t even bother. I know exactly what you will do.’ Harry Truman stood up, did a summersault on the carpet of the Oval Office and said, ‘I bet you didn’t think I’d do that?’ That broke the cycle.

Do the opposite. Suddenly hug your mother in law and kiss her. Maybe she will have a heart attack and your problem will be solved. Or even better she will see the error of her ways. Do the opposite of what you normally do. A good way is to be especially nice to those who are nasty to us. Be good to them. Serve them. Be especially thoughtful. And do it sincerely. That is important. Insincerity always shows up and causes more problems. Acting can’t be sustained. Be sincere. And be consistent. Don’t be nice only once. Be nice always. Not because of them but because of you. Make being nice your brand.

The Prophet Muhammadﷺ said, ‘I guarantee a palace in the middle of Paradise to the person who has the right but gives up his right for his brother.’ He said that because that is tough to do. Do the opposite. What is the best ‘opposite’ for you to do? Well, it is your life, see? So, think about it for yourself. One rule though – it must be the best that you can do. Not simply something to score points against the other person.

Because remember the fundamental rule? When life presents a problem for us to solve, if we solve it, we go ahead. If we don’t, the same problem will come back to us again and again until we solve it. Complaining changes nothing. The problem must be solved to show that we learnt our lesson. After all there is a reason for the problem to come in the first place, see? Nothing is without purpose. We need to graduate from one class to the next. Until we are in the same class, no matter how many schools we change, it is still the same class, same exams, same books, same lessons; until we pass the exam. Only then will we be permitted to move to a higher class. The sooner we demonstrate that we learnt our lesson, the sooner will be our graduation.

In conclusion, remember it is not about changing actors but about changing the script. You are the director. It is your play. But you are not the audience. So, you must act.