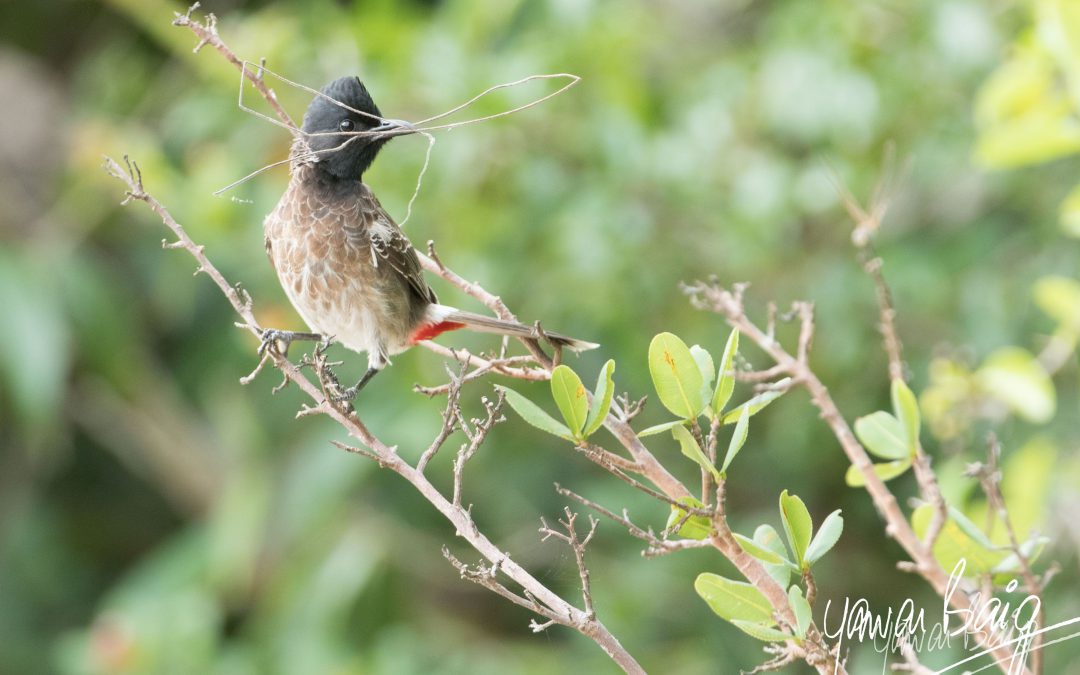 Before God’s footstool to confess
A poor soul knelt, and bowed his head;
“I failed,” he cried. The Master said,
“Thou didst thy best—that is success!”

It was December 1980. I was sitting on the veranda of my house in Guyana. It was about 9.00 pm, dark, balmy evening in the tropics. As usual on most days in this season, it had rained in the day and stopped. The air was heavy with moisture but the breeze, cool. Before me was the orange orchard of the Staff Hill, bounded on the far side by the forest. The rain-forest of Guyana. The evening had signed off to the night by the booming calls of the Howler monkeys who also announced the beginning of the new day. Scarlet Macaws flew to their roosts, talking to each other. I also heard the chatter of the Sakiwinki (Common Squirrel Monkey) families settling into their resting places. The forest was now relatively quiet, except for the singing of the Cicadas, whose song rose and fell in waves like those of the ocean. Sometimes they would fall totally silent, only to start again in the middle of my deep breath of relief, to remind me that the only way to live with Cicadas, as with some kinds of people was to get used to them. The forest is never totally silent because the forest is a living being. It has living beings in it, but it is itself a living unit which breathes, sings, groans and talks to those who know how to listen. The forest has its own language, which you need to learn, if you want to enjoy being in the forest. Otherwise the forest can be an alien, ominous, even threatening presence to those who don’t understand it.

I spent my whole life from the school days, to this, in forests. Not that I lived inside them but I lived near them and where I didn’t have forests near me, like now when I live in a huge, concrete labyrinth called a city; I make the effort to go to the forest at least once every quarter, simply to breathe. Otherwise I feel suffocated and start dying slowly, inside. The forest rejuvenates me, gives me new life, energizes me and enables me to go on for a while longer. So, that night I simply sat on my veranda and was one with the forest.

But where does the poem I began with, come into this story? You ask.

That night, I had finished a very long and protracted negotiation with the union, a marathon session over 72 hours, practically non-stop. But still at the end, we were waiting to see what the union would do. Accept or not. That is when I recalled this poem, which my very wise and dear friend and boss, Nick Adams had mentioned once. You will not be asked, ‘What happened?’ You will be asked, ‘What did you do?’ As someone said, ‘You don’t lose the race when you fall. You lose the race when you fail to rise.’ As long as you rise and keep running, you are in the race. But if you remain down, then you are out of the race. Who decides whether you rise or not?

We are brought up wrong. In many more ways than one. Let me give you an example. Someone told me a very tragic story about a highly successful Indian businessman in the US, who one day, shot himself, his wife and two children, obviously not in that order. When the case was analyzed, it turned out that he had fallen on hard times and though he had property which he could sell to settle his debts, he would have been reduced to penury and would have had to start all over again. He chose instead to end it all and killed his whole family as well. Someone commented on this story and said, “The problem is that he was taught how to deal with success, not with failure. We must learn how to deal with failure.” That may sound a bit like loser-talk; learn how to deal with failure? Think about it while I tell you another story.

This is about Thomas Edison, the great inventor and founder of General Electric. The story goes that one night Edison’s famous laboratory caught fire. It was housed in a separate building and before anyone was alerted and could do anything, the whole building and everything inside was a huge conflagration. Edison’s son, Thomas Alva Jr. said, “I was very anxious about my Dad and rushed to see where he was. This was his entire life’s work going up in flames and I was afraid that he would perhaps do something drastic at this tragedy. When I found him, he was standing with his hands folded behind his back, watching the fire. He saw me and said, “Go call your Mom. She is not going to see such a magnificent fire in a hurry.” Thomas Alva says, “I couldn’t help myself but ask him, “But Dad, that is your entire life’s work!” Thomas Edison replied, “Tell me, how many people have the chance to have all their mistakes erased at once? Now go and call your Mother.”

I said that we are brought up wrong because we are conditioned to seek outcomes and to not only feel sad, glad, bad, mad based on them but to judge ourselves on the basis of results. Now, don’t get me wrong. Especially those who know me and know how focused on results I myself, am. I am not against focusing on results, but on focusing on them to the exclusion of everything else. I submit that if you focus on the result alone, that can be detrimental to the result itself and so it is a self-defeating exercise.

What must I focus on, if not on the result? You ask.

Focus on the process. Focus on the way. Enjoy the effort. Monitor what you are doing and how you are doing it. Put metrics on the effort and as I said, enjoy it. The reality of life is that there are no final results. Every result is like a rest spot in a marathon. You can stop for a bit, while the rules of the game get changed. Then you run again. Not in the marathon; in life. The truth is that most of our life, we are going to be engaged in the process. Most of our time, all our effort and resources are going to be engaged on the way to get to our destination. If we don’t enjoy that, then we are going to be very miserable. But if we enjoy the journey, then we will live a very happy life. As for the destination, well, the right road will get you there, but only if you keep walking. So, Johnny Walker, keep walking.

In Guyana I lived in a small mining town called Kwakwani, which clung to the bank of the Berbice River, with the ever-present forest threatening to engulf it in an unwary moment. We generated our own electricity using a generator that had a huge flywheel to take care of providing energy for the engine after it delivers the power stroke. Look it up if you are interested in the role of the flywheel in power generation. My point however is different. The flywheel, for those who have never seen one, is a huge wheel with spokes. The one in Kwakwani had a diameter of 30 feet and was made of cast iron. It was a massive piece of machinery. We never allowed the engine to stop but on the annual maintenance day, when the engine had to be stopped for a few hours, the sight of the restarting was very amazing and instructive. To get the flywheel to start turning, it took a huge effort because it was so heavy. After applying all the effort, it would turn just slightly. Sometimes it would simply settle back in place, a heartbreaking thing to see for those who had bust a gut to get it to move. But you never gave up because you knew one thing and that was, that once it started turning, it would go on turning literally forever. If those trying to get the flywheel to move, focus on results, they will lose heart, because for the longest while there are no results, despite all your effort. But if they focus on the process, see if they are pushing hard enough, do whatever it takes to keep pushing, then the result is inevitable and then all they need to do is to stand by and watch it happen.

My most inspirational creatures in the wild are small birds. Birds which are so small that when they perch on a blade of grass, it doesn’t bend with their weight. These birds, their eggs and young, are prey and food for everything that eats meat. And they can’t do anything to defend themselves or to protect their young. Yet they thrive. How do they do that? They do it by focusing on the process.

Here is my conversation with one of them, who perched on a little twig right before me and my camera in Wilpattu National Park, Sri Lanka, with a neatly tied blade of grass in her beak. “How do you do it?” I asked.

“I am a bird. It is my job to build a nest and raise young. I do that job to the best of my ability. If in the process, my nest is destroyed, I simply start building again. If I build the nest and lay eggs but before they can hatch a tree snake, a rat, a monitor lizard or anything else finds my nest, then I escape and let the predator eat the eggs. I can’t help it. I can’t protect them. But once the predator has left, I build another nest and I lay some more eggs and I incubate them. It is heartbreaking when predators find my nest with my young in it. Once again, I must leave and watch my babies being eaten before my eyes. But then what do I do? I build another nest. I lay some more eggs and I raise some more babies. That is why in the end, I survive and my tribe increases.”