What does it take to lead a Muslim organisation? 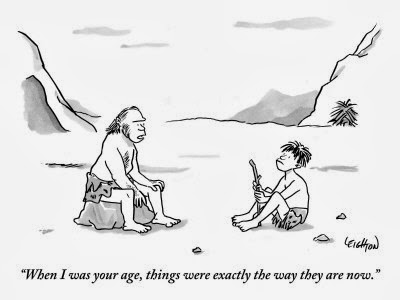 This is a follow up to my earlier post..Don’t lie to yourself..which focuses on the reality of the leadership of Muslim organisations. I’ve enumerated here what I consider critical criteria for leadership success. Recommend you read my book: Hiring Winners.

Criteria for leadership: (Clear evidence must be sought for each of these)

1. Adherence to Fardh and Sunnah, observance of Nafl,
2. Compassion (track record of service),
3. Track record of successful leadership outside this organisation,
4. Track record of success within the organization,
5. Conceptual clarity,
6. Communication ability, (speaking, writing, listening especially to criticism, reaction to that),
7. Dealing with differences,
8. Team building (especially with diverse people across gender, race and religious boundaries),
9. Ability to inspire,
10. Ability to take orders and follow them intelligently,
11. Personal integrity,
12. Willingness to stand for the minority opinion against the majority,
13. Creativity,
14. Problem solving,
15. Writing (books, articles),
16. International speaking (and other) engagements,
17. Formal education,
18. Influence especially outside the community/organization,
19. Acceptability among people especially those ideologically different,
20. Ikhlaas (no seeking of name and fame),
21. Sense of humor (especially able to laugh at himself/herself),
22. Track record of resilience (recovery from failure),
23. Technical competence and market value (does he get offers for similar positions),
24. Track record of paid consultancy (who wants his opinion badly enough to pay for it),
26. Track record of moral courage,
27. Track record of wisdom ensuring that it’s not cowardice in that disguise,
28. Stable family life,
29. Pleasing appearance, style, presence
30. High energy and energizing ability

Our biggest problem today is our inability to distinguish between problem and solution.

Most Muslim organisations are headed by retired people who remain there until death does us part. Pardon my bluntness but people who’re retired today are responsible for the shit that we’re immersed in today. They either created it or allowed it to be created by being silent. How do we expect them to show us what to do to get rid of it? If they knew the answer why didn’t they apply it? So either they are ignorant or complicit. In both cases they’re useless in any leadership capacity. It is a different world and they have no idea what to do in it. That is the harsh reality.

Also people retire for a reason…because they’re not able to function at top efficiency. How can somebody with impaired functionally help you when what you need is super peak efficiency?

Our organizations are parking lots and pastures for old horses. Or if you want an Indian metaphor, Gowshalas.

The only use retired people have is to help us to learn from their mistakes. But find me one who’s even willing to admit that he ever made a mistake. What you don’t own, you can’t change. The only use of dead wood is to provide heat and light for others which it can only do by burning and turning into ash.

Retired people can inhabit advisory panels but MUST NEVER BE ALLOWED to have any direct operational role. To do otherwise is suicidal for the organization.

Let young people take responsibility for their world and shed sweat, tears and blood to make it a place that’s better than what they inherited from their elders.

That’ll scare them shitless but it’s better to be shitless than to be full of shit.

Assalamoalaikum! A good write up Yawar sir, as always! However, a few points that crossed my mind. Isn't it also a fact that older people have been forced into philanthropy because many young able and qualified Muslims just don't have enough time to think about leadership in terms of Community Development? Another aspect is that most of these leaders (old or young) don't really want to differentiate between philanthropy and community building, which are miles apart. What we see in today's Muslim organizations (at least those in India) are mostly philanthropic and far away from community building. We would really… Read more »