Raising children in the West 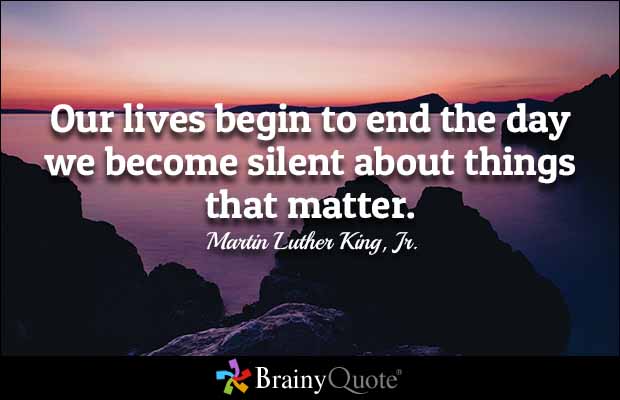 First, we must define the meaning of ‘The West’. The term, ‘The West’ (Urdu: Maghrib) is used both to pinpoint a location as well as to define a state of mind, an ideology, a philosophy and a way of life (Urdu: Maghribiyat). The former is incidental. The latter is powerful, potentially all pervasive, social engineering, statement of values and a definer of mankind’s actions leading to a new purpose for his life and existence. One is outside you and you live in it. The other is inside you and directs your decisions, desires and actions. It is essential to keep these two definitions in mind when we talk about ‘The West and Islam’. In order to avoid confusion in this article, I am going to call the ideology, ‘Westernism’. Like Islam, ‘Westernism’ is an ideology which is not location specific but is global. As evidence I ask you, what do you call Australia and New Zealand; Western or Eastern? Ask yourself why? So ‘Westernism’ is not only about culture but also about race and racial supremacy.

The secret is the globalization of thought. Technology has facilitated the global spread of this dominant culture and the internalizing of its values where people far removed physically from the West, see themselves in terms that are Western. They appreciate, like, look up to and down on each other on the basis of their adherence to Western values and norms, even though these may be far removed from their own cultures. You can see the effect of this on people’s clothing, the spread of English as the lingua franca of the world, hair styles, foods, drinks (sodas), smileys, emojis, abbreviations (lol, rofl). I can go on but won’t. The same holds for all the symbols of culture. There are still countries where local cultures enforce some level of decorum and bar promiscuity, but all barriers fall in the face of technology. Thanks to the internet, smart phones, Instagram, Netflix, Facebook, and WhatsApp there is no image, no news which can be hidden from the eyes of children if they want to see it. The only guard is the conscience. Nothing else will work. Least of all, force.

Today ‘Westernism’ is the most common, pervasive and widespread ideology in the whole world. ‘Westernism’ is as much a ‘religion’ as is Islam, Christianity or any other traditional religion. It has rules of engagement, conditions of entry and exit, reward and punishment, high priests, temples and evangelists. The fact that these titles are not used to name them is a part of the ideology of ‘Westernism’. But that doesn’t change either the nature or the effect of these symbols and pillars of this new religion. They are powerful, and they are effective. ‘Westernism’ is effective because it panders to every base desire under the illusion of anonymity to make money for the suppliers.

‘Westernism’ is a philosophy which is based on the supremacy of the self (desire) over everything else, including family, friends, society and God. Its symbol is the raising of self-indulgence to the level of not only a virtue but of the very purpose of life, definition of happiness and fulfilment i.e. for one to be able to do whatever one likes, irrespective of its consequences to anyone else. Freedom is sought to be interpreted as freedom from responsibility, accountability and consequences of one’s actions. Just take a look at the many conflicts that have taken place on one such ‘freedom’ alone, ‘Freedom of Expression’, and you know what I mean. The best answer to that was given by Pope Francis who, mentioning the freedom to say whatever one wants in the guise of Freedom of Expression said, “If my secretary were to curse my mother, I would punch him in the face.” What he meant was that there is no freedom without responsibility for what happens when you exercise that freedom. Please note that the Pope is a Westerner, living in the West. Yet his thinking is not ‘Western’ in terms of what I described as ‘Westernism’.

Islam on the other hand is also not ‘Eastern’ but universal. It is like the principles of flight which don’t change whether you are flying a plane in the US or Australia or India. Islam doesn’t change for the West or East or anyone or any place. It is universal, applicable in exactly the same way everywhere and holds its adherents to the same rules no matter where they live, in whichever century and in whichever circumstances. Islam is Islam and it is based on the principle of the supremacy of Allahﷻ over the self or anyone or anything else, accountability to Him from Whom nothing is hidden and the subjugation of the self (desire) to the rules of Islam. Its symbol is the Sajda which is to recognize that obedience to Allahﷻ takes precedence over self-indulgence and the purpose of life and fulfilment is to live and work only for the Pleasure of Allahﷻ.

There is no compromise in Islam about this fundamental philosophy of the Supremacy of Allahﷻ over the Nafs (self, desire) and everything and everyone else. For those who choose to follow their desires against the orders of Allahﷻ, He said:

Furqan 25: 43. Have you (O Muhammadﷺ) seen him who has taken as his Elah (god) his own desire? Would you then be a Wakil (a disposer of his affairs or a watcher) over him?

Allahﷻ called following your own desires against the orders of Allahﷻ, Shirk and tantamount to worshiping desires instead of worshiping Allahﷻ and even prohibited Rasoolullahﷺ from interceding for the forgiveness of such people. What can be clearer or more serious than that, to understand the fundamental difference between Islam and ‘Westernism’?

Let me quote just one example to show how Supremacy of God was replaced by Supremacy of Man in Christianity. https://biblehub.com/deuteronomy/14-8.htm

In Deuteronomy 14:8 eating pork is clearly prohibited. Yet Christians have ignored this prohibition and pork is the most widely eaten meat in all Christian and Western countries and has been for centuries. The Bible clearly prohibits it, to no avail. The same with prohibition of usury and many other prohibitions of the Bible which are simply ignored. Islam clearly disallows this and nothing which is ordered in the Qur’an or in the Sunnah can be nullified by any Islamic scholar. That is one benefit of not having a priestly class which tends to be susceptible to changing the religion at will.

As you can see, these are two opposing philosophies which are mutually exclusive and irreconcilable. There can never be a compromise between them. One must necessarily submit to the other. That is the distinguishing factor, the signature of the Muslim, that he/she subjugates desire to the Will and Pleasure of Allahﷻ. A Muslim recognizes and joyfully accepts that it is the purpose of his creation to please Allahﷻ and does that in the way taught by Muhammadﷺ the Messenger of Allahﷻ. That is the essence of the Kalima: La ilaha illAllahu Muhammadur Rasoolullahi: There is nobody worthy of worship except Allahﷻ (so I worship him) and Muhammadﷺ is the Messengerﷺ (last and final) of Allahﷻ (so I obey and follow him). There are no qualifiers to this statement of faith, this declaration and oath, thanks to which a person enters Islam. It is a statement that is applicable to every person who wishes to enter Islam and remain in it, whether it is in the East or West or anywhere else. Obedience to Allahﷻ in the way of Rasoolullahﷺ is its essence. And that doesn’t change for anyone or any place.

Is Islam compatible with ‘Westernism’, the philosophy? No, it isn’t. But is it possible for people living in the West; the location, to live by Islam? Yes, without a doubt. That is why I began with the definition because when we ask about raising Muslim children in the West, we are not speaking about what we need to do in the location but what we must do with combating those parts of ‘Westernism’ as an ideology that are antithetical to Islam.

Combat it is. Make no mistake. Like combat, it requires, courage, has risk, is painful; potentially fatal if you fail and joyful and rewarding if you succeed. It is a serious business, not an intellectual exercise. The cost and benefit are both very real. The first thing to teach therefore is to draw attention to the definition above so that people realize that there is nothing ‘special’ about the ‘West’ as a location which requires Islam to be reengineered, interpreted or changed to suit people living in the so-called ‘West’.

What are the challenges of raising a child in the West?

The challenges have nothing to do with the location but with ‘Westernism’, which is global and inside us. What we teach our children and indeed before that, what we need to come to terms with ourselves is the following:

Baqara 2: 165. And of mankind are some who take (for worship) others besides Allah as rivals (to Allah). They love them as they love Allah. But those who believe, love Allah more (than anything else).

Ta-Ha 20: 14. “Verily! I am Allah! La ilaha illa Ana (none has the right to be worshipped but I), so worship Me, and perform As-Salat (Iqamat-as-Salat) for My Remembrance.

Ahzab 33: 21. Indeed in the Messenger of Allah (Muhammadﷺ ) you have a good example to follow for him who hopes in (the Meeting with) Allah and the Last Day and remembers Allah much.

A’al Imraan 3: 31.   Say (O Muhammadﷺ to mankind): “If you (really) love Allah then follow me (emulate me), Allah will love you and forgive your sins. And Allah is Oft-Forgiving, Most Merciful.”

Teach them (and remind yourself) that the reward of following and emulating Muhammadﷺ is the love of Allahﷻ. No less. Reflect on what that means for you. What does it mean for your dua? What does it mean for when you need Allahﷻ the most, at the time of your death and when we meet Him on the Day of Judgment?

A’al Imran 3: 110. You [Muslims] are the best of peoples ever raised up for [the benefit of] mankind; you enjoin Al-Ma’ruf (all that is good and permissible in Islam) and forbid Al-Munkar (all that is harmful and prohibited in Islam), and you believe in Allah.

Rasoolullahﷺ said, “The best of people are those that bring most benefit to the rest of mankind.” (Daraqutni, Hasan)

Finally, we must remember that children listen with their eyes. They don’t care what you say, until they see what you do. So, raising children has less to do with children and more to do with parents. As you are, so will they be. That is why they are your Sadaqatul Jaariya and not vice versa.

Very well written. May Allah guide us to do the needful for our children.

Jazakallah Khair for this very brilliant and very relevant article.

I’m happy to read this beautiful article on parenting