We are free to choose but every choice has a price.
https://scroll.in/article/849804/this-photograph-of-two-murdered-teens-should-disturb-an-india-that-has-normalised-hate
“Hate: It has caused a lot of problems in this world, but it has not solved a single one yet.” Maya Angelou

We seem to be living in times when some people appear to be bent on challenging this law of nature – that fire burns and the result is always ash. 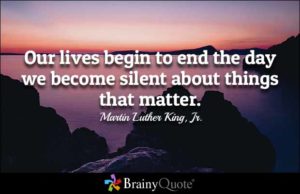 The question is, where will this lead us. It is a rhetorical question to which I am sure we all know the answer.

Terror is fire.
Fire always burns.
And the result is always ash.

PrevPreviousNow what?
NextTriple Talaq – Why are women fighting for it?Next
Subscribe

Can't believe that someone somewhere in the country could think so wholistically and pen it so beautifully..our hope for the country rests on people like you…

Thanks for writing this! Since the media is interested in ratings and profit, we need intellectual, rational, logical voices like yours to help make sense of events in times like these. To repeat your words, "peace can only exist in the presence of justice, not in a vacuum. Therefore, peace happens as a result of justice". Establishing justice will require hard work especially when the system is itself against it, but it is a collective responsibility irrespective of one's faith.

Perhaps in the cycle described at the beginning of the article, faith should be followed by good action, especially from ordinary citizens, but often it is not.

Unfortunately, our normalization of terror is also highly dependent on who it happens to, another sign of hypocrisy in our societies.

Totally agree that crime of all kind, especially violent crime, must be dealt with and prevented.

Thank you for writing!

faith should be followed by good action, especially from ordinary citizens, but often it is not.