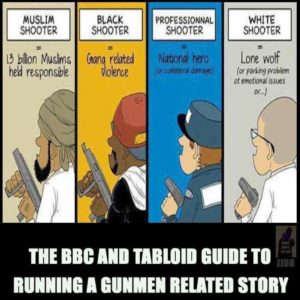 The one who controls the language, controls the debate. Today Indian Muslims are in a peculiar situation where they are damned if they do and damned if they don’t. and interestingly it is all a product of language. ‘Secularism’, which was the refuge, not only of Muslims but all those who believe in our Constitution and in the freedom and dignity of all Indians, is a term that has now lost all credibility. It has come to mean “Muslim lover = Paki lover = Anti-national.” Muslims have been so effectively ‘othered’ that anyone who even attempts to stand by them, automatically commits political suicide. Being Muslim is a crime, it is treason, it is the reason to be suspected, demonized and hated. Consequently, secular parties and candidates are saying explicitly or implicitly, “Even if you vote for us, please do it quietly and clandestinely and don’t talk about it. This is for your own good. Your company is the ‘kiss of death’.”

The traditional flag bearer of secularism used to be the Congress party at one time; at least according to their own trumpeting. But what was always the case and which has become blatantly clear today is that it is really only a shade less saffron than BJP/RSS. Rahul Gandhi’s latest drama in Parliament where after tabling the no confidence motion, he hugged PM Modi and then said that he was demonstrating that he is a ‘good Hindu’, goes to show that as far as the public discourse is concerned, it is centered around religion and that anyone who wants to be taken seriously must first prove that he is a ‘good Hindu’. That this is far removed from the idea of India, is irrelevant today.

To illustrate with an example, apartheid and racial segregation ended in South Africa in 1995 when they gained independence and Nelson Mandela became the first President. However, read any South African newspaper, website or blog, listen to any TV discussion or debate, speak to anyone in the street and all you will ever hear is the language of race. People talk about Blacks and Whites and Indians and Coloureds. This is reflected in South African politics and is becoming more and more clear, aggressive and potentially destructive. When an White South African looks at a Black South African, he sees a Black, not a South African and vice versa. And this happens while the Constitution of South Africa says clearly that no race has superiority over any other race and that all South Africans are equal citizens entitled to the same privileges, protections and dignity. That is on paper. But it appears that the change has not happened in the hearts of people.

This is what has happened in India over the past 70 years since our independence. The formation of Pakistan based on religion landed us with a legacy of divisiveness which Indian Muslims have borne the brunt of, for no fault of theirs. Vote bank politics became the norm and is openly practiced. ‘Appeasement of minorities’ is the slogan used for what is essentially vote bank politics which every party has always used. Today it has reached the stage where you are told to vote for this or that party because they are of your religion, not because of their performance in government or outside it. All this is not the creation of the NDA or BJP but the legacy which they inherited and continue to use. Their fault is not in its creation but in its continued use. Compromise is the name of the game and frankly I think this is a characteristic of being Indian; that we compromise on everything. That is why we live with atrocious things which in any other country would have resulted in a revolution but in India life continues because we compromise.

Secularism is the other side of the coin from Hindutva or any other religious extremist ideology for that matter. This is how the language is being controlled by calling it ‘Sikularism’ for example and all its other permutations. In this way the discussion is kept in the ambit of religion instead of taking it into the ambit of governance. A government is elected to govern. That is the only basis on which it should be judged. Its religious ideology is immaterial. Its performance as a government is not. We have a nation with a robust constitution and legal system. But we have huge problems of poverty, unemployment, safety & security, total breakdown of law enforcement, legalized corruption and blatant oppression. We have reached a breaking point where if these issues are not addressed we will implode and disintegrate as a nation. None of these things have to do with Muslims. Just ask three simple questions.

My proposal is that our language must change. We must abandon the terms ‘secular & secularism’. Focus instead on issues that really matter and hold the government accountable for their performance on those issues. Promises not met as well as gross failures in four main areas: Safety & Security of life and property, Breakdown of law and order, Economic collapse of the small scale and unorganized sector and the failure of the Education system creating unemployability. I don’t care which government is in power. If it addresses these issues; if it can guarantee safety and security of all citizens, enforce the law, create entrepreneurship to uplift the poor and create jobs, and focus on health care, I will vote for that party. So should you. As I have said earlier, a government is elected to govern. And it must be held accountable for governance. Nothing else matters.

the only way to entrench this is to have a scorecard using safety and security, breakdown of law and order, entrepreneurship and healthcare. the moment you create this dashboard and make people aware of them and make it visible, it will have an automatic effect on the positive side. I remember once we tried to reduce the number of faults and length of faults in an operational process. The moment we started putting them down on a black board visible to the entire operations and management team, everybody had visibility and efforts were made across the teams that helped reduce… Read more »