“Everything we hear is an opinion, not a fact.
Everything we see is a perspective, not the truth.” -Marcus Aurelius
Marcus Aurelius was a stoic and a man of great wisdom; very unusual in a ruler. So, I present my musings to you as something from my perspective and not “The Truth”.
As I reflect on our world, someone sent me a speech made by a 13-year-old young lady, Severn Suzuki at the United Nations Conference on Environment and Development in Rio de Janeiro, in 3-14 June, 1992, now 25 years ago. The speech that silenced the audience (they say ‘world’ but let’s get real) for 5 minutes. Today, 25 years later, when the situation of the world is far worse than what Severn Suzuki described so eloquently, Americans elected Trump who walked out of the Paris Conference in 2017. I wonder where Severn Suzuki is today and what she feels about it. So, what does it tell us about those we have chosen to hand over our future to?
https://www.youtube.com/watch?v=XdK0uYjy85o
I sometimes wonder what future archaeologists will say when they dig up the mound under which our ‘civilization’ (for want of another word) will lie buried. Will they not wonder how we, who prided ourselves on our scientific knowledge, technological advancement, material resources and high-class education, still managed to elect leaders who ensured that we and all that we hold dear was destroyed? We did this while knowing full well what we needed to do to stop this destruction and save ourselves. We chose not to save ourselves but committed suicide. Ask why?
Today we need drastic and urgent change. For this we need strong leadership with the ability to enforce compliance. Initially enforcement will be necessary. Then and only then can we expect change. The big problem with such leaders however, is that they tend to become dictatorial, don’t allow a second line of command to develop and so when they die or are removed, they leave a vacuum which brings with it chaos. Malaysia after Mahathir is a good example. Singapore is a good example of how the strong leadership continued because the second line developed was Lee’s son. Mercifully he didn’t go the way of the sons of other leaders and seems to be a conscientious and prudent ruler. The Middle East has many examples of the opposite some of whom are causing havoc as we speak, threatening to land us all into some very hot water.
Bottom line is that democracy as it is supposed to be in theory, seems to be unrealistic and doesn’t work and degenerates into a self-serving oligarchy without any sense of responsibility to the common people. That’s what’s happened in every single situation today, globally.  I doubt that democracy was an experiment at all. Either it was always a way for oligarchy to get legitimacy or an idealistic dream of theorists which was hijacked
Social media is a tool of subjugation designed to take the steam out of resistance by giving people a way to express their angst in a way that doesn’t disturb the establishment and doesn’t inconvenience them at all. It has two additional advantages: identifies potential rebel leadership early to be dealt with quietly and gives the world the message that you’re liberal and confident
Take the case of India and the ongoing social strife, brought to the forefront with the many lynchings of Muslims and Dalits for allegedly eating beef. The fact that they didn’t eat it, is neither here nor there. Neither does it matter that even if they did, death is not the penalty for this “crime” in Indian Law. 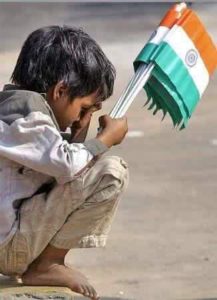 Respected Yawar Baig Sahib. May Allah bless you with health and more wisdom to be heard by those who need it the most. That is; groups, institutions, individuals who could bring about the badly needed change. I feel commonmen/individuals can do less to emancipate the change being sought or desired. Your exposition of the historical facts leading to the present state of social fragmentation of the Indian society and polity is just amazing. Few from all the communities cited know these realities, especially the Muslim contributions to phase out the nation called India that has never been a nation. However… Read more »