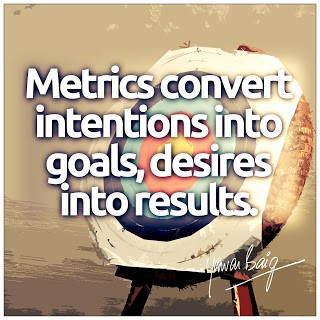 What is kindness? Is it accepting substandard work or is it insisting that only the best quality is acceptable? There is often a lot of confusion about this and people think that they are being kind when they say nothing to their group members, family or friends who routinely over promise and under deliver. I want to distinguish here between inability and unwillingness. If someone is learning English I wouldn’t discard something he had written because it had spelling and grammatical errors. But if the same work comes from someone who knows English well, then it indicates an attitude of carelessness and inattention to quality, which is a reflection, not of their language ability but of a much more dangerous malaise of an attitude of lack of attention to detail and a lack of concern for quality. When I see this I know I am looking at a person without self-respect because in my book, my work is my signature. So if I am not concerned about putting out sloppy work, then it means I am not concerned about my own image. It is not about projecting an image but about becoming complacent and comfortable with poor quality. Such a person in my opinion is not someone who I would want on my team, no matter what his qualifications are.

In my book, ‘Hiring Winners’ http://amzn.to/1xFWmgO I have argued and shown that technical competence can be hired or trained, but attitude must be selected and hired. It is almost impossible to change the attitude of people once they are hired. I say ‘almost’ because it is possible in exceptional cases with exceptional leaders in exceptional circumstances. It is not something that I would recommend to everyone. Much simpler and easier to hire people with the right attitude and train them in the skills you want.

Just to give you an idea why I call this dangerous let me share some statistically valid data:

To understand this properly imagine having your good kidney or good eye removed. Both have happened.

The details above are only to give you an idea of the seriousness of being careless – it can result in loss of life and limb. I am sure that the more we dig the more we will find incidents where significant loss could have been avoided if only someone had checked. That is where this is related to spelling and grammar. They are indicators of attitude. Someone who sends out a letter full of spelling and grammatical mistakes is more than likely a person who will not do an instruments check if he were flying a plane or read the patient’s data sheet or count the number of sponges he took out of the incision in a surgical procedure. I for one, wouldn’t want to be on that plane or that operating table.

This attitude of careless is not restricted to English writers or pilots and surgeons. We have careless teachers who ruin children’s enthusiasm to study. Careless parents who bring up little animals instead of responsible human beings. Careless scholars who leave the remnants of their mistakes to confound people long after they are dead and gone.

And that is where the issue of demanding quality comes in. Sloppiness is not a sign of passion but of the lack of it. By and large we seem to have quality problems in third world countries because we accept poor quality. People can do better but they need to be convinced that it is worth their while to do so. We must demand quality without apology. And without confusing it for a lack of kindness. In my opinion, the willingness to take tough calls is the key to quality. Ask yourself, ‘Is it kindness to allow cancer to develop because you don’t want to hurt the patient by cutting him or is it kindness to be concerned enough about the life of the patient to cut out the cancer?’ That is what you are doing when you allow sloppiness in the name of being kind. You cut out cancer because you know it will kill you even though it is your own cell. That is precisely why your internal defense mechanism can’t deal with it and you have to use external intervention.

That is why Jack Welch of GE used to say that the ultimate test of the leader is if he had ‘Edge’, which he defined as the ability to take tough decisions. Among the 4Es of GE – Energy, Energize, Edge, Execute – Welch would say that a person may have three of the four but if he didn’t have Edge, then he would fail even though he had the others. See this excellent article about this:

Quality is all about being tough for the right reasons, firstly with oneself and then with one’s team. Without that Edge, there can never be any quality. Of this I am absolutely convinced.

Mikel Harry of Motorola was the man who conceptualized the 6 Sigma Quality Standard based on the principle that one can only measure mistakes. You can’t say how efficient someone is except to count the number of mistakes they make. The fewer the mistakes, the better the product or service. So let’s say someone has a service delivery of 99%. Now that may sound perfectly acceptable and we may say to ourselves, ‘We must be compassionate and not give that person a hard time because they made just one mistake in 100.’ Until of course you translate it into 6 Sigma terms – how many per million? 1% is 10,000/million. 6 Sigma is 3.4 mistakes per million. How would you like to fly at 39,000 feet in a plane where the engines were manufactured by a company operating at 99% efficiency? Or where the pilot is operating at 99% efficiency? Or be operated for heart surgery by a surgeon who is 99% particular about hygiene? Do I need to give any more examples?

This is where the importance of metrics comes in. It is only when you have metrics to define what is meant by acceptable quality in your context, can you be sure that everyone understands the standard, can be measured and will know clearly if he or she met the standard or didn’t. What you don’t measure, you don’t know. What you don’t know you can’t control. What you can’t control you can’t guarantee. Subjective assessments can’t substitute for metrics. So do take the trouble to measure quality.

This is what Toyota did with the development of their luxury car. They went to the owners of Rolls Royce, Mercedes and BMW and asked them questions about what they felt (felt, not thought) when they used their cars. They asked for example what the owner of the Rolls feels when he gets into his car and shuts the door which shuts with a very satisfying thump – not a tinny clang like the door of a small cheap car. They asked them what they felt when they sank into the luxury of real leather seats which hug them and give them back support. They asked the owners of BMW what they felt when they were behind the wheel and on an open stretch of road, they floored the accelerator. Those who have driven BMWs will know what I mean. The car acts like a leopard gathering itself to pounce. You can feel it in your belly before it leaps forward and thrust drives you back in your seat. Toyota engineers took all these highly ‘touchy feely’ answers and converted them into engineering drawings – the most specific of data. The result was the most successful and fastest selling luxury car on the market – the Lexus. This is the magic of numbers; the power of metrics. They convert wishes into reality, vision into action, effort into result.

Quality is serious. Lack of quality is deadly. Lack of quality happens simply because we permit it. It happens because we don’t insist on quality. It happens because we accept poor quality, most often in the name of being kind and compassionate. Not realizing of course that there is nothing more unkind and unjust than accepting poor quality. It fools the provider into believing that his/her product or service is good enough. It takes away their incentive to improve and makes them vulnerable to collapse. This is not kindness but a lack of understanding of the whole issue of quality which has very long term and very destructive effects. Unfortunately our society is full of examples of people who don’t keep their word, don’t deliver on promises, don’t work to high standards and give ridiculous excuses when challenged. People who confuse effort with result, while it is only results that count.

Let me tell you two stories about quality to end this article:

The story goes that Motorola ordered a part for their Pagers from their Japanese ancillary and impressed upon them that they were a 6 Sigma company and wouldn’t accept anything but the 6 Sigma standard of 3.4 mistakes per million. When the consignment was delivered, to Motorola’s surprise they found two packages – a big one and a small one. When they opened the big box they saw that it had the entire consignment of one million parts that they had ordered. The small box had four parts in it. When they asked their Japanese partner they were told, ‘We didn’t understand why you wanted us to give you defective parts. But since you asked for them, we gave you four defective parts. Otherwise we don’t manufacture anything with defects.’

The second story is about Tata Motors who were plagued with re-work and cost escalations and hired a Japanese consultant from Toyota to help them to solve their quality problem. The man entered their factory and walked straight to the end of the manufacturing line and saw that there was a huge area marked, ‘Rework.’

He said to them, ‘Please remove this sign and eliminate this work area. That is all that you need to do to fix your problem. If you have no rework area, you will have no rework. People will do the right thing, first time.’

Tata executives however were not convinced and reduced the size of the area but were too frightened to remove the rework area entirely. The results were predictable.

My question is: If you had a choice, which car would you buy? A Toyota or a Tata.