When the hearts go blind 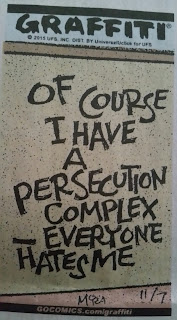 It’s not my intention to cause you pain by sending these things. Maybe I shouldn’t share them with you. This is just my cry of anguish for the pain of others.

A pain that can be alleviated if the silent majority of good people in countries that claim to be democratic stop being silent. You believe you’re country is free and supports free speech? Then maybe it’s time to test that assumption and speak out and tell Europe and America to stop telling lies and stop invading other’s lands and stop selling arms and trading in death.That’s the ugly truth.

Iraq didn’t invade America or Europe but both invaded Iraq. The result is there for us all to see. The issues are ugly. If I name them you’ll get angry. So I won’t. But you know them as well as I do.

The fact is that it’s the silent majority who are not child killers but who sit silently while children are killed because those children are not their own, who are responsible. Their taxes are paying the killers salaries, buying the equipment, the ammunition and making the makers of those weapons and their sellers very rich. Those silent people are working in the weapons factories and taking salaries and bonuses for good work. What do they think those weapons are being made for? To drop ice cream on the children? Just because they call it cutting grass, it’s not like mowing the lawn. An entire generation is being cynically and deliberately destroyed.

Ask that silent majority to exchange places with those people, Palestinian, Syrian, Afghan and others and see what it feels like. Grass cutting looks different when the grass is your child, believe me. Tell them,” If you don’t believe me, try it and see for yourself.”

Remember that the cries and tears of the helpless are not unanswered. The One who listens and sees, waits for those He gave the power, to make changes and stop oppression. But when they don’t, then His decision comes. And that is not pretty and can’t be stopped.

I sincerely hope that all the silent good people of Europe and America wake up and face the fact that if they’re doing it in their name and they remain silent then they’re endorsing the action and accepting responsibility.

Please see my reaction on arjanvanlit.wordpress.com