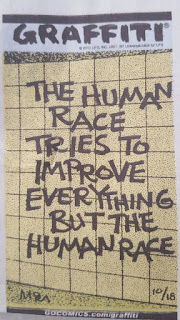 An alternate perspective
The ongoing debate on the questionnaire circulated by the Law Commission on the proposed implementation of a Uniform Civil Code and the predictable knee-jerk reaction of the All India Muslim Personal Law Board (AIMPLB), is a very good opportunity to learn the basics of conflict resolution. With over thirty years’ experience in negotiation, conflict resolution and arbitration on three continents working with people of different genders, races, politics, religions and nationalities, I want to share my observations and an alternative perspective of what the course of action could be, instead of the boycott of the questionnaire that the AIMPLB has announced.
While negotiating and resolving conflicts, one of the most essential skills is to be able to separate the facts from inferences. To separate facts from the emotions that those facts or actions may excite. That is not because inference, conjecture and hypothesis are not important. They are. But unless you begin with the basic facts, you will not be able to take objective decisions about them. Only then will the course of action become clear and not one but often more than one alternatives appear. If not, then one is only reacting which means that one is thinking only in a yes-no way and that is the most difficult and limiting way to think.
It appears to me that the call to boycott the questionnaire is an emotional reaction to the fact that the questionnaire comes from the Law Commission which is an arm of the government. Given that this government in particular has been responsible for vitiating the peaceful climate of the country by remaining silent despite all kinds of violence against Muslims and Dalits in the name of so-called ‘Cow Vigilantism’, it is only natural that it is not viewed as being Muslim/Dalit friendly. Its agenda to get the UCC implemented and the Muslim Personal Law removed, is well known. But strangely what few have stopped to ask is, ‘Why has the government not tabled the Uniform Civil Code for discussion by all concerned?’ The reality is that only that which exists can be implemented. After all the government is not saying, ‘We need to create a Uniform Civil Code and then implement it.’ It is saying that it wants to implement the UCC. So table it. Let the country see what it is that the government wants to implement.
Laws are not made in the Supreme Court. They are made in the Legislature. So let the UCC be brought before the entire nation. Let the people of India debate it and then let it pass into law in the Legislature. That is the democratic process and let us follow it. What is the need to attempt apparently clandestine moves using the Law Commission? The Law Commission is not the Legislature. Let responsibility be shouldered by those to whom it belongs; the people of India and their elected representatives in Parliament. I am sure nobody can object to following the process.
Having said that, in the famous case of ‘Shamim Ara versus state of UP (2002)’, the Supreme Court declared triple Talaq invalid and banned. So how can you ban a banned thing? And so therefore why is one of the questions in the Law Commission’s questionnaire about triple Talaq? Does the Law Commission seek to do what the AIMPLB didn’t do for fourteen years (as of this writing in 2016), i.e. raise the matter of the ban on triple Talaq again? In view of the strident calls to boycott the questionnaire and the claims that the AIMPLB (which interestingly uses the term, ‘Muslims of India’ unilaterally and without any endorsement from the alleged ‘Muslims of India’) will not tolerate any ‘interference’ in the Muslim Personal Law, it is pertinent to ask why this call was not given in 2002? After all the responsibility to fight for our laws didn’t suddenly become reality today. So what was the AIMPLB doing for 14 years? Why no protests screaming interference in Personal Law and Shariah?
The questionnaire of the Law Commission is couched in very persuasive language.
http://lawcommissionofindia.nic.in/questionnaire.pdf
I quote from the covering letter of the questionnaire which is titled, ‘APPEAL’ and which you can read on the link above, “The Law Commission of India welcomes all concerned to engage with us on the comprehensive exercise of the revision and reform of family laws as the Article 44 of the Indian Constitution provides that ‘the state shall endeavour to provide for its citizens a uniform civil code throughout the territory of India.’ (Italics are mine)
It is clear from this august beginning that while the Indian Constitution’s Article 44 provides that the ‘State shall endeavour to provide for its citizens a uniform civil code’, it didn’t specify how this is to be done. There could be several ways to arrive at a uniform civil code ranging from creating a civil code from scratch to borrowing all or parts of it from elsewhere, to using parts of the existing Personal Laws of different religions to arrive at one which is acceptable to everyone. Imagine a Civil Code that takes from everyone to give us all the equivalent of the HUF/Karta/IT concessions, freedom to bear arms, marry four times, and wear turbans and beards (men only please). The grass always looks greener on the other side of the fence. But jokes apart, the questionnaire definitely looks like it is covering some other, not-so-noble intentions.

I began with the plea that we need to look at facts. So here are some for us to consider.

Laws can’t change social behavior. Let us ask how existing laws have changed the reality for women. If they haven’t, and they haven’t, then how will news laws do otherwise?

4.     Nirbhaya Act (2013)
The problem is not Talaq but of men honoring the rights of women. For the record let me say what I have said many times before that triple Talaq is not in keeping with the Qur’an and Sunnah. It is not the prescribed way to give Talaq in the Shariah. Triple Talaq is itself a violation of the Shariah and so it is declared Haraam and Bidat by all the jurists and schools of jurisprudence in Islam. How someone can declare something Haraam and Bidat and in the same breath call it valid is something only the brain of a Mufti can understand. Mercifully I am not blessed with a brain that can think around corners and so I go by what the Book of Allahﷻsays and what His Messengerﷺ did. Neither allowed triple Talaq.
It is strange and indeed laughable that all these emotional declarations by both parties, ‘Triple Talaq should be banned’ and ‘We will not stand for interference in the Shariah’, are both apparently ignorant of two cardinal facts:
1. That triple Talaq has already been banned in 2002 (wake up)

2. That banning it will not change the reality of Muslim women at all
However, the difficulties that Muslim women are facing are not a result of Talaq (triple or not) but of the unislamic customs and practices that we have not only allowed into our marriages but have made them mandatory. Islam prohibits dowry. We demand it and it is paid. Islam puts the entire responsibility of incurring all expenses for the marriage on the man but we insist on dumping them on the woman and she and her family accept this. Islam mandates that marriages must be simple and inexpensive but we insist on expensive, ostentatious weddings. Islam prohibits any kind of harassment at the time of divorce if that becomes necessary but our men do the opposite. All these and more are the real reasons why Muslim women are left high and dry and are the victims of the oppression of their men. How is banning triple Talaq going to solve these problems?
The fact that triple Talaq was banned in 2002 but the problems continue, including the fact that people are still giving triple Talaq, should give the Law Commission (and us) cause enough to pause and reflect if laws alone are enough to bring about social change or whether we have to work together, supporting and helping each other to bring about gender justice. We need to work with sincerity and genuineness and reject all guile, hidden agendas, deception and political jugglery. It is only the truth which will prevail.
So what should the AIMPLB do?
1.  Accept that juristic law doesn’t have precedence over Divine Writ. Talaq as mentioned in the Qur’an is Divine Writ. Triple Talaq, at best, is juristic law. So declare triple Talaq to be invalid and that it will be counted as one.

2.     Declare Halala to be Haraam, which it clearly is. The juristic arguments in its favor are such that I choose not to mention them here for making those jurists and by inference, Islamic Law, the laughing stock of the world. The AIMPLB knows what those arguments are. They know they are wrong. And so they should declare that Halala is Haraama.

3.      Give women a meaningful role in the functioning of the AIMPLB with the power to play a decisive role, especially in matters that concern women. Why should men rule on such matters when we have many highly qualified women scholars and theologians? AIMPLB needs to invite them on them on the Board and give them positions of authority and real power.

4.     Invite prominent Muslim members of civil society (male and female); politicians, academicians, lawyers, businesspeople, journalists, educators, youth leaders, social activists and administrators to become members of the Board. I am happy to provide the Board with an organization structure for this, if they are interested.

5.       Move to English as its language of communication because its current language, Urdu, is not the language even of all Indian Muslims, let alone others and is a serious impediment in thought share as well as in communicating with the rest of the nation.
6.       Set a specific term of office and a retirement age for all Members irrespective of who they may be. Lifetime employment is detrimental to organizational health.
It is essential that in the world of today and tomorrow the Board evolves to become more representative of all Indian Muslims, if it intends to retain its position as the self-proclaimed leader of Muslims. It must move from being self-proclaimed to acclaimed representative to be truly effective and powerful. To represent, you must be representative. That means more participation, more transparency, more empowerment and more equality. That means that the nature of the Board must change from being an exclusive boys club of elites to becoming a truly democratic, body of equals, all working for the benefit of the nation and the pleasure of our Creator.

For the time will surely come when we will meet Him. And at that time we will not be asked, ‘What happened?’ We will be asked, ‘What did you do?’
0 0 votes
Article Rating

I agree root of the problem lies in Muslim families following unislamic practices and customs. I want to reiterate here how important it is for us to educate ourselves in both Islamic and worldly knowledge.