Muhammadﷺ, example for all times 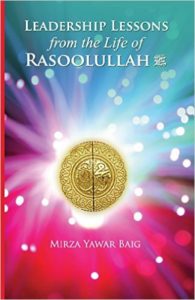 They say that reading biographies is perhaps the best way to learn real life lessons. That is because a biography is a record of practice. Of what worked and what didn’t. The life of Muhammadﷺ  is perhaps one of the most well documented in human history.