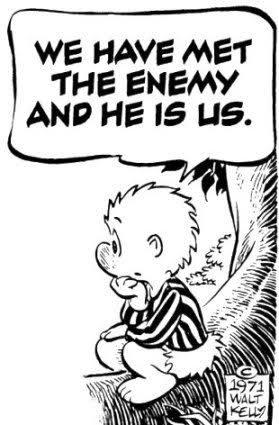 Problems need solutions, not complaints or endless analyses.
We need solutions, not tedious explanations.
In all the years that I have been advising companies about achieving remarkable results, especially family businesses, one thing is very clear. Top management’s unwillingness or inability to take tough calls is the single, most destructive factor that blocks their success. When leaders are weak, the whole enterprise suffers. The kindest cut is with a sharp knife. When surgery becomes necessary, it must be done to save the life. Not permitting a child to enter a business because he or she is not capable of running it, is a tough decision. Often it is not taken and everyone suffers as a result. 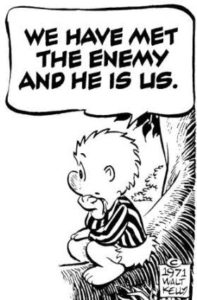 The same logic applies to self-development. The hardest thing is to accept that you are the one who needs to change. The maxim, ‘We have met the enemy and he is us’, applies to all situations of personal development. Development starts with accepting the need for it. And that means accepting that one has been wrong all along.
Elizabeth Kubler-Ross (1926-2004) named the 5 stages that the dying (and those who receive news of terminal illness) go through. “Denial, anger, bargaining, depression, and acceptance”. Many others have taken the same stages and compared them to people’s reactions to traumatic news of any kind, like divorce, bereavement, loss of employment, catastrophic loss of any kind and so on.
A convenient acronym is ‘SARAH’: which stands for:
S         Shock: at hearing or realizing the loss in the first instance
A         Anger: that this is happening to me
R         Resistance: refusal to believe that this is happening/happened
A         Acceptance: coming to terms with the loss or situation
H        Hope/help: hope in a future after the loss and seeking help in it
Let us discuss this in a little more detail and look at two other concurrent processes that happen while SARAH is manifesting which are not covered in this model.
Research tells us that when people are going through times of disruptive change they feel:
n  Disorientation: Drifting at sea, buffeted by waves of hatred and disapproval.
n  Depression: Intimidated, attacked, lost, wanting to hide but nowhere to do it.
n  Loss of purpose: Lack of leadership, looking everywhere for direction.
n  Fear of elimination: Fearful about personal safety, looking over the shoulder.
There are two keys to survival in such times of disastrous and disruptive change:
Extensive research with inmates of concentration camps shows that those who eventually survived and escaped were those who faced the brutal facts of their situation without any attempt at painting them in a ‘rosy’ hue or indulging in hope bordering on fantasy. They did not tell themselves that rescue was around the corner nor did they wait for a messiah to come to save them. They did not imagine that their captors would suddenly see the error of their ways or would become inclined towards them. In short, the survivors did not fool themselves. They said to themselves in so many words, “We are in deep shit and it stinks. These are the reasons we are here. These are the things that can happen to us including our elimination.” They did not spend time complaining or blaming their captors or in abusing themselves or wallowing in self-pity. They objectively took stock of their situation and had the courage to look it full in the face and to recognize it for what it was; very grave and potentially lethal.
Yet these people also did not lose hope in their eventual success. They had faith and took the help of their ideology and belief and strongly believed that eventually they would survive and would outlast their captors. They believed that they had the capability to resist and absorb any punishment that was dished out to them; as in the Arabic saying: The blow that does not break your back only strengthens you.
Two apparently paradoxical attitudes: looking at the brutal facts yet not losing hope in eventual success, no matter how impossible it may seem at that moment.  This was the key to the success of people interned in some of the most brutal concentration camps in the world. And history tells us that they did survive.
That is the open secret about all change; personal or collective. It is the ability to stop fooling yourself and to take tough decisions that enables you to survive and win.