Extract from ‘An Entrepreneur’s Diary’
Finally a word about people skills; the ability to build and run high performance teams. This is what spells the difference between commercial success and failure. No matter how skilled and talented an entrepreneur may be, no matter whether he has the funding or not, in the end what decides his fate and that of his organization is his ability to take people along with him. Who is inspired by you? Who wants to work for you? Who is ready to take a bullet for you? The members of the US Secret Service, the elite force that guards the President of the United States are trained to put themselves in the line of fire to save the life of the President, if need be.
In 1993 a movie called ‘Dave’ starring Kevin Kline and Sigourney Weaver was released. The storyline of the movie was about the affable owner of an employment agency who had an uncanny resemblance to the U.S. President. He found himself forced to replace the real President in an attempt by the White House staff to avoid a potentially explosive scandal. In the movie there was one scene where Dave, the President’s ‘double’ has the following conversation with Duane the secret service agent.
Dave: You know, I’ve always wondered about you guys. You know, about how you’re trained to take a bullet for the president?
Duane: What about it?
Dave: Is that really true? I mean, would you really let yourself get killed to save his life?
Duane: Certainly.
Dave: So now that means you’d get killed for me too?
Duane did not answer this question immediately, but it was so obvious that he felt its heaviness. Later on towards the end of the movie when Duane discovers the real character of Dave he finally answers the question: “I would have taken a bullet for you.”
It is this ability to inspire followership that is critical.
I am very fortunate that there have been people in my life for whom I would have taken the bullet and those who I know would have done the same for me. That to me is the essence of leadership that an entrepreneur must be able to provide. Ask yourself, ‘Who will take a bullet for me?
One of the finest teams I ever built was the one I had when I was the Manager of New Ambadi Estates in Kanyakumari, the southern tip of India. I have written in detail about that in my book, ‘Hills of the Elephants’, but would like to share an extract here about that team.
Reflecting on what went into building that team I can identify 6 factors:
1.     Mutual Respect 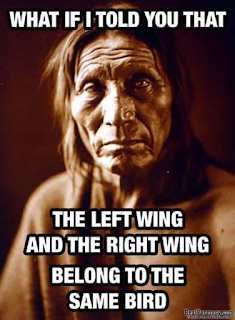 We treated each other with respect. That may sound like a small or an obvious thing, but respect is not merely seen in how you address each other, but in whether you trust one another to do what is promised and if you deliver on that promise when it is your turn. We never laughed at one another, we did not talk behind each other’s backs and we delivered on promises. A respectful atmosphere makes for comfort and people like to work together with those who respect them. This does not mean we did not have fun. We did. Lots of it. It just means that we took our work seriously. It means that we did not need to watch our backs because we knew that one of the others was doing that for us. So we were free to concentrate on our own task.