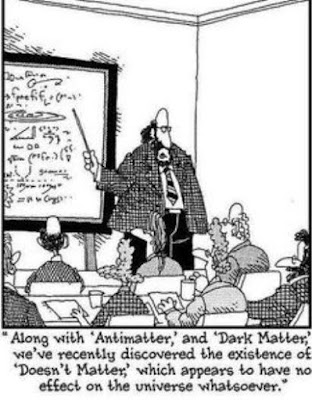 We, in India, are living in a state of anesthetized anarchy.
We seem to have lost it in more ways than one. In the days of the sabretooth tiger mankind needed to be totally in touch with reality if it wished to avoid being the tiger’s next meal. Since we made the STT extinct we seem to believe that being in touch with reality is not required or at least, is optional. The fact is, that it is neither optional nor unnecessary. It is as critical as it was then, with the only difference that the one who eats you now has changed; not that you will not be on the menu.
As I read what members of the present Bhakti movement are writing with respect to present conditions in India and what the wise gurus of corporate fame speak from their elevated platforms, I pinch myself to remember that the laws that run the world are not made by them and that the One who made those laws hasn’t changed them yet.
Nandan Nilekanni at the TiE Convention for example, takes his constitutional on stage and while he exercises walking back and forth forcing you to do some neck yoga, he tells you how the volume of electronic monetary transactions has gone up from the time people used to send money orders and how in the last three years more people transferred money electronically than they did via money orders for the past one hundred years. That, he declares to a rapt TiE audience, is a sign of development. Audience claps. Behold, anesthetized anarchy in action.
What he forgets to say and those feverishly forwarding the video of this wonderful speech forget to ask, is what percentage of population that volume of monetary transaction represents. What is the reality? The reality is that the total percentage that does electronic banking is 2% of the population of India.  So, whatever you want to say about how monetary volumes have increased, they are still all within that 2%. What therefore, is the real meaning of the numbers?
The problem of geeky thinking is nicely mentioned in this article as the ’empathy vacuum’; the bane of life of those who are used to binary thinking and playing with imaginary numbers until they begin to believe in their own creations. What is starkly visible in our country today is a total absence of empathy for those whose lives have been wrecked by the demonetization drive.
http://bit.ly/2g4D9QN
Secondly, comparing historical data about the health of an economy using monetary transactional volume alone doesn’t take into account the value of money itself. A person in 1900 sent Rs. 10 by money order. The same person, if he lived that long, in 2000 would have to send Rs. 100,000 by electronic transfer to cover the same expense. So, how does the higher number indicate greater prosperity? But it seems that we have pickled our brains. Statistics can be made to say whatever you want them to say. And that is the game being played. The reason that game succeeds is because we don’t think and don’t ask questions.
Behold, anesthetized anarchy in action.
I call it anesthetized because we are the only country in the world where dozens of people can simply die standing in a line to withdraw money from the bank because of the liquidity crunch that the government imposed but nothing happens.
http://on.mash.to/2fPCTax
We’re the only country perhaps in the history of the world where money is demonetized in a thriving economy. As someone said, ‘That is like shooting the tires of a racing car in a race’, but nothing happens. We’re the only country in the world which pays no attention to the opinions of Nobel Prize winning scholars, financial experts and bankers and instead applauds politicians whose understanding of economics is exemplified in the measures that have led to the rest of us suddenly being forced to take an interest in economics. Instead of protests people say that this is the price we (not them, mind you) must pay for ‘cleaning’ the economy.
http://bit.ly/2gJhsWa
So, what is our reality? 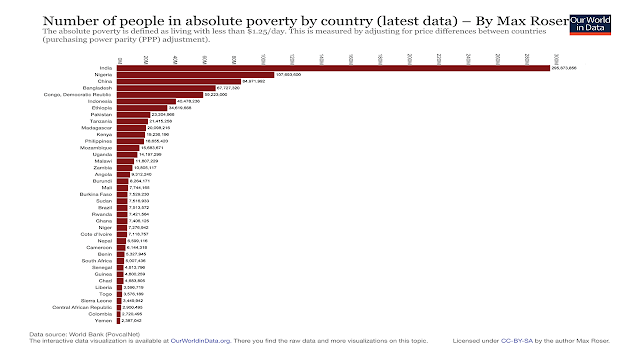 1. We are World No. 1 in absolute poverty far ahead of sub-Saharan Africa.

2. We are World No. 1 in farmer suicides. (is there a global standard for this?)
3. We are World No. 1 in human trafficking. Add bonded labor and we will be World No. 1 in slavery.
4. We are close to the top in illiteracy.
5. Our unemployment figures are mind boggling and just went up thanks to this new initiative to make India cashless. Amazing how quickly that target was achieved.
6. 80% of our graduates are unemployable which tells you something about the quality of our education.
7. Corruption is not only acceptable at all levels of society but it is aspirational.
8. Our politicians and executive (civil service) is mostly corrupt and judiciary is trying to catch up.
9. We have zero tolerance, not for corruption and lies, but for those who dare to speak out against it.
10. Our view of religion is not something that binds people and joins hearts together but something that divides and must be brutally enforced.
11. We have confused loyalty to a political party for loyalty to the country and have branded all dissent, anti-national and unpatriotic.
12. We elect politicians to office only if they belong to our caste, irrespective of everything else.
13. That our politicians are corrupt, mostly uneducated and many have criminal records (including murder), matters not at all in our reckoning. We still elect them.
14. Human life doesn’t have low value in our country, it has no value at all. From 2005 to 2015 over 300,000 farmers committed suicide in India. Result? http://bit.ly/1Lisiy3
15. To break the law with impunity is a measure of social status and an accepted status symbol and is treated as a matter of right by the high and mighty. All of them invariably get away with this, thus reinforcing the principle that some people are more equal than others.
16. Undertrial prisoners are routinely killed by police and the killers are applauded by the media and titled, ‘Encounter Specialist’.
17. Our rape, murder and plunder statistics would do credit to a war zone.

18. In terms of productivity, quality and industry we can’t even compare ourselves to Bangladesh but we feel free to compare ourselves to China. http://bit.ly/2gjOHTa
That is why I call it anesthetized because despite all this, our Bhakti Movement is going strong. Thank god for our blind supporters. People are telling tales to one another voluntarily blind-folded to the reality imagining that if they tell the tale long enough and shout down any dissent, their tale will come true. This is because, those of us who live in cities and are in the so-called upper middle class and grace the stage of entertainment shows like Times Now and others, live in echo chambers. We shout out our opinions and then count the echoes as agreement. All our projections are based on the number of times we heard our own voice echo back to us bouncing off the walls of our echo chambers. We make the most noise. We are the most visible and others like us assess the state of India based on this.
But anyone who has travelled in rural India, where the vast majority of our people live, will tell you a very different tale. A tale of deprivation, crops left to rot in the field or fed to goats because there is no cash to harvest them. The woman who has one buffalo whose milk she sells to her neighbors will tell you that neighbors won’t pay for that milk by credit card. Buffaloes with credit card slots have yet to be born. That woman needs the money in cash that very day to buy food to eat and feed her family. If the money is paid to her bank account on the basis of monthly credit (this is the solution that our accountant friends will instantly give you because they don’t know one end of a buffalo from the other) she won’t have money to eat today and tomorrow. And long before the first month’s amount comes in, she and her buffalo will both have become history.


http://www.countercurrents.org/2016/11/30/demonetisation-has-wrecked-farmers/
The Indian farmer, the man who sells bananas on a push cart, the fish seller who buys fish from the fisherman and sells it in the market, the daily wage earner on a construction site who works through a searing summer for ten hours to earn Rs. 200 with which to feed his family will all tell you similar stories. For them ‘cashless’ means only one thing – that which they are suffering today. The demonetization initiative, no matter how noble its intentions, has converted these poor people into ‘criminals’ because they don’t have bank accounts and don’t pay tax so their earning is labelled ‘black money’. Demonetization has become demonization and has converted them and us into beggars, unable to withdraw our own hard earned savings on which we paid tax, from our own bank accounts. That this violates our Constitutional Right to property is one of those things that we dare not speak of for fear of being branded anti-national, seditious and god-knows what else. So, we don’t protest. We applaud the noble initiative and thank god that the dead farmer, fisherman, milk seller, buffalo or random individual who dropped dead in a bank queue was not our mother, sister, brother, son, father, spouse or ourself. One must always be grateful.
Economies are not electric lights to be switched on and off at will. Especially not an economy as fragile and complex as the Indian economy. The effect of lost crops will not reverse until the next season. People’s lost faith in the currency and in the entire banking system will not change to trust overnight. What this will do to liquidity needs no imagination to visualize. People’s sudden fear of being literally cashless that has led to postponing purchasing decisions will not increase money supply.  Nor will that fear suddenly be replaced by confidence. Our spending has slowed or stopped, our charity has slowed or stopped, our entertaining, holidays, all discretionary spending has slowed or stopped. All these things are the lifeblood of the nation. Where will the transfusion that we need come from?
Firmans are easy to issue but their effects are not in the control of the one issuing the Firman. Neither can those effects be stopped or reversed by a counter Firman. Just as you can’t order clouds to rain, you can’t order crops to grow or the dead to come back to life. The laws of the world don’t change. The one who chooses to shut his eyes to the signs of the sabretooth tiger will surely be his next meal. So, dream on.
0 0 votes
Article Rating