The tragic and the heroic 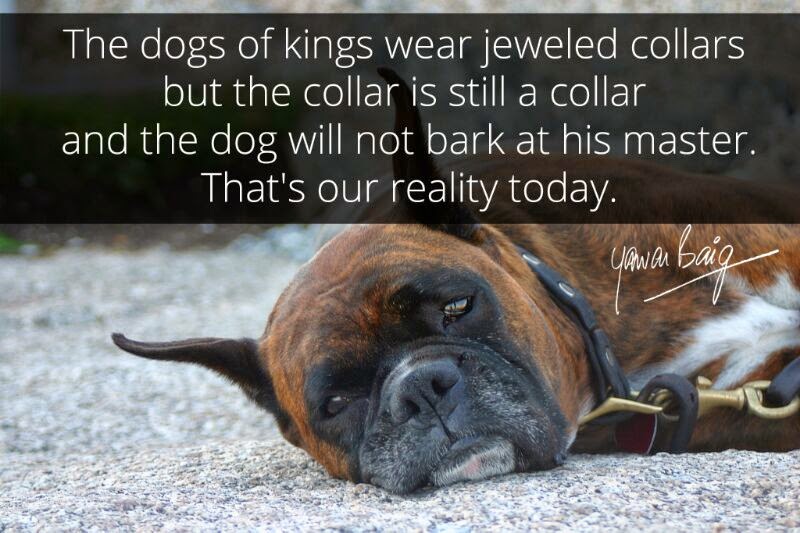 The icons of heroism are always the weak who have the courage to stand up against the oppression of the powerful. There’s nobody who exemplifies that more than the Palestinian Muslim child with a rock facing a Zionist battle tank.

The nightmare of the Zionist soldier is the Palestinian child with a rock his hand. That’s why he hides behind armour and heavy weapons. While the child laughs in his face as he smells his fear and looks at him straight in the eye and throws his rock. He takes the Zionist bullet in his chest laughing in the face of cowardice. Not in his back running in fear. That’s heroic. Not tragic.

What’s tragic is the image of the rulers of countries which call themselves Muslim, cowering in terror behind the walls of their gilded cages, awaiting their turn. For as surely as the sun rises every day, their turn will also come.

Where are the Ayatollahs of Iran, the servants of the Haramain, the successor to the Throne of Pharoah, the builders of towers and malls, the sponsors of football? Where is the new self-declared Khalifa of the Muslims?

The death of a hero is a time for celebration for he underlines the indomitable human spirit which can’t be forced to bow before the tyrant. The hero dies so that humanity can live. The hero dies once, gloriously, happily, fulfilled  knowing that what he died for was worth every breath in his body. He leaves behind a legacy of courage and hope for all those who come after him, proving to them that it doesn’t matter if you live or die. What matters is how you live and how you die.

The coward however dies every day, breathing the stink of his own terror as he tries to hide behind every excuse that he can concoct. Excuses that don’t even convince him, let alone anyone else. His own heart mocks him and calls him a liar. And when he eventually leaves this world, as we all must, he leaves like all garbage. Noticed only because the air, freed from his stench, smells sweeter.

In the words Sultan Tipu Shaheed of Mysore, India; another great hero who died fighting British oppression, refusing to accept a gilded cage in exchange for his freedom ; “One day in the life of a tiger is better than a hundred years in the life of a jackal.”

We thank Allah that He chose the Muslims to be those heroes who will be remembered with honor because they stood up to tyranny. The light of their memory will illuminate the dark pathway of the struggle for freedom for generations unborn.

Allah honored us and we thank Him. And we ask Him to include all those who are with these heroes in spirit by their dua, when He counts them on the Day of Judgment.

We ask Allah to free the world from tyranny and from the burden of carrying tyrants on it’s back; a burden that it groans under and begs to be relieved from.

Let’s differentiate between the tragic and the heroic and not give in to sadness and despair. This is the time to rejoice that the heroes in Palestine have not allowed the flame of justice to be extinguished. It’s time to raise our voices in support of the heroic struggle of the people of Palestine and against the invaders and oppressors who’ve occupied their land and violated their homes.

And it’s time to raise our voices in dua, asking the One who knows to help them in their struggle and count us among those who stood for justice in whatever way we could.

PrevPreviousIf tomorrow starts without me…
NextWhat is your legacy?Next
Subscribe