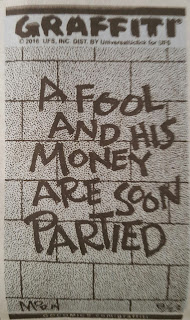 Today it is tragic to see that Muslim weddings in our city seem to be devoid of any commitment to Islam. They have instead become famous for ostentation, vulgar display of wealth and wasteful expenditure. That too when we as a community are among the most economically backward and deprived of all people. To see the wealthy among us displaying such a colossal lack of concern for the deprived, by spending lakhs and crores on weddings while poor Muslims suffer untold miseries is something that is designed to attract the anger of Allahﷻ.

According to the statistics for 2014-15, Hyderabadi Muslims spent Rs. 4000 crores on catering and hall rental for weddings. The actual amount spent will be far higher as we all can guess. How will we answer Allahﷻwhen we meet Him as we surely must? Meanwhile our divorce and separation rate is three times that of any other community in the country. So obviously our spending is not bringing us any happiness. I am not saying that divorces are only because of spending. They are also the result of the almost total lack of upbringing of our children, the total lack of Akhlaaq, the very little connection with Allahﷻ and His Deen. Our insane spending in marriages is an indicator of a much deeper malaise which is destroying our community.
See these statistics: http://www.deccanherald.com/content/565190/more-women-divorced-india-report.html

Allahﷻ honored the marriage by calling it one of His signs. He said:

Rum 30: 21. And among His Signs is this, that He created for you mates from among yourselves, that you may find tranquility in them, and He has put between you, love and mercy. Verily, in that are indeed signs for a people who reflect.
Marriage in Islam is an act of worship because if it is done according to the Sunnah of Rasoolullahﷺ it is something that Allahﷻ will reward us for. The key is to ensure that we do it in accordance with the Sunnah.
Abdullah ibn Mas’udtreported that Rasoolullahﷺ said to us: O young men, those among you who can support a wife should marry, for it restrains eyes (from casting evil glances) and preserves one from immorality; but he who cannot afford it should fast for fasting is a means of controlling sexual desire. [Tirmidhi]
In this Hadith and in several others, it is clear that marriage is the responsibility of the man who must make arrangements to contract it according to his means. It is not the responsibility of the girl’s parents to worry about her marriage or to incur any expenses in this connection. This is the cardinal difference between the Islamic way and that of others, where the woman and her parents are freed of this responsibility.
Abu Hurairah (R) narrated from Rasoolullahﷺ who said: “A woman may be married for four things: her wealth, her lineage, her beauty and her religious commitment. Seek the one who is religiously-committed, may your hands be rubbed with dust (i.e., may you prosper).” [Bukhari & Muslim]
It is clear from this Hadith that though you may look for the other three things in a spouse, what you should choose her/him for is religious commitment over and above anything else.
It is the rich who set the trend. And it is thanks to them that middle class and poor Muslim parents are pressured to spend more than they can afford for the weddings of their children. As a result, one of the biggest problems in Muslim society is that of indebtedness – inability to pay back interest bearing loans. Even more tragic is the fact that in most cases it is women who pressure their men folk to spend money on all kinds of customs and practices which have nothing to do with Islam. 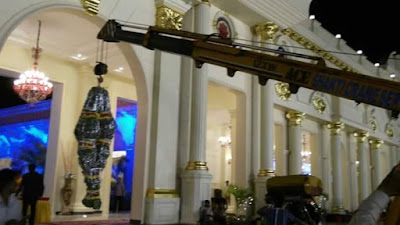