To every Israeli soldier

About Life and Living

In defense of ‘Yet’

As they say, ‘By the Law of Aerodynamics the Bumblebee cannot fly. But Bumblebees don’t know aerodynamics and so they fly.’

I believe that there is a word in the English language and its equivalent in every other language which is a closely guarded secret. It is my aim to blow the whistle on this secret because I believe that the salvation for us as a people depends on it.
The word is – YET.
Why am I making such a song and dance about this simple word?
Let me demonstrate. Write a sentence describing and situation, a state of being or a problem and then add the word YET to it. For example take the Israeli problem in Palestine and say, ‘There is no solution to the Israeli problem in Palestine – YET.’ Take the issue of global warming and say, ‘There is no solution to global warming – YET.’ Or take the problem with your mother in law and say, ‘I have not been able to make my mother in law love me – YET.’
Do you see what happens? The whole perspective changes. There is a BY perspective and an AY perspective – Before YET and After YET. The moment we add YET to the problem, we open the doors to the solution. If there is no solution – period – then there is nothing that I can do or be expected to do. There is no solution and that is all that there is to it. We have to lump it, get used to living with the problem for the rest of our lives and so on. All equally hopeless scenarios. But the moment I add the word YET – the situation becomes dramatically different. YET declares that the quest is not over. Far from it. We are looking for a solution. We will undoubtedly find it. We just haven’t reached it yet but indeed we will. And we are working on that. Now that is another world. And that is a world which is far better than the hopeless, dead world of ‘there is no solution.’
So why don’t we have this as our normal approach; our default setting for problem solving? This is because the creators of the ‘problems’ don’t want us to think in this way. They want us to accept conventional wisdom so that the status quo will never be questioned. The status quo helps them because believe you me, there is always a group that benefits from the misery of others. They don’t want any change or anyone questioning what is going on. But if we learn to question and if we learn to end our sentences in YET we will open a new world where to question will be a virtue.
To question is indeed a virtue. All progress depends on questioning; on not accepting status quo; on not accepting that change is not possible.

My Gift To You 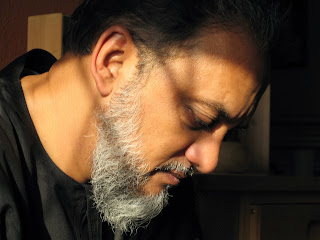 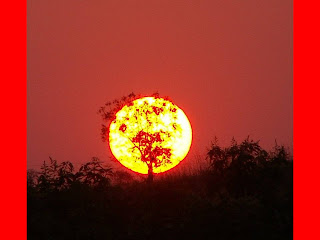 They spent money for Islam

We make money from Islam
They brought others into the Ummah
We send Muslims out of the Ummah
Their leaders were the best of them
Our leaders are the worst of us
They measured Net Worth in character
We measure Net Worth in money
They were known for their courage
We are known for our cowardice
They stood up to kings for the sake of Allah
We stand up to Allah for the sake of kings
They honored their teachers
We abuse our teachers
They gave to the people
We take from the people
They gave up their rights to their neighbors
We take away the rights of our neighbors
They were known for charity
We are known for stinginess
They were known for self-denial
We are known for self-indulgence
They were known for simplicity
We are known for ostentation
They were known for practicing more than preaching
We are known for preaching more than practicing
They looked for opportunities to please Allah
We look for opportunities to displease Allah
They competed in obedience
We compete in disobedience
The Malaika knew them
The Shayateen know us
The Malaika recognized their voices raised in praising Allah and dua
The Shayateen recognize our voices raised in Rap and Beat Boxing
Their criterion for the Dunya was Islam
Our criterion for Islam is the Dunya
They were proud of their Islam
We are ashamed of our Islam
Following Islam honored them
Leaving Islam dishonored us
They showed the way to the world
We don’t even know that we are lost
They were the Sahaba of Rasoolullah (SAS)
We are those about whom Rasoolullah (SAS) will complain
(May Allah save us from that)
Page 58 of 65« First«...102030...5657585960...»Last »